The Jupyter Notebook project is the evolution of the IPython Notebook library which was developed primarily to enhance the default python interactive console by enabling scientific operations and advanced data analytics capabilities via sharable web documents.

The IPython team realized they have built a robust application that could be used with other programming languages (Julia, R, etc.) They decided to then create the Jupyter Project making IPython the project that would handle anything Python related as shown in the following example slide presented by Fernando Perez during a presentation around the time the Jupyter Project was announced: 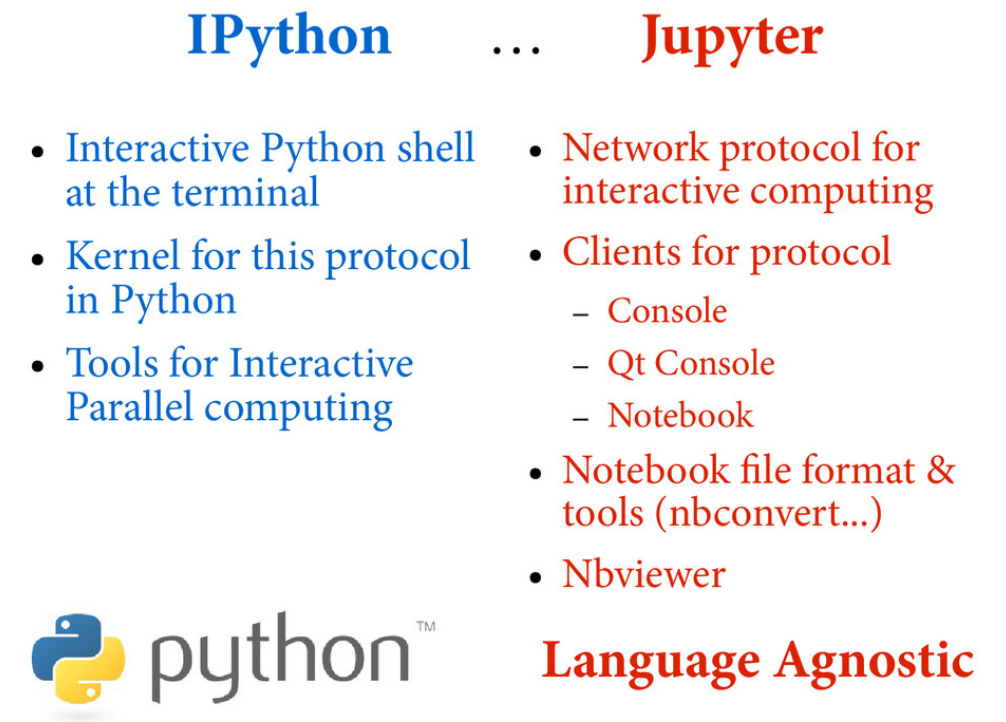 Nowadays, the Jupyter project not only supports Python but also over 40 programming languages such as R, Julia, Scala and PySpark. In fact, its name was originally derived from three programming languages: Julia, Python and R which made it one of the first language-agnostic notebook applications, and now considered one of the most preferred environments for data scientists and engineers in the community to explore and analyze data.

The Jupyter Notebook is an open-source web application that allows you to create and share documents that contain live code, equations, visualizations and narrative text. The Jupyter notebook combines two components:

Think of a notebook as a document that you can access via a web interface that allows you to save input (i.e. live code) and output (i.e. code execution results / evaluated code output) of interactive sessions as well as important notes needed to explain the methodology and steps taken to perform specific tasks (i.e data analysis).